Freedom Riding School is a RS(Riding School)that does english and westurn riding.It also has dorms, where it's students stay at and go to school.

I dout it was the gun shot that sent brownie off.She was a hunting horse before I got her.I am going to cheak his legs.Massie said.She dis mounted and Brownie bucked.Calm it!MaSSIE SNAPPED.Brownie idmetatly stopped.Massie felt her left leg first.When she moved to the left leg she realised that Brownie wasn't putting his hoof on the ground.she looked and there was blood streamuing down her leg.SHe had been shot.Great.They shot her.I know who has a gun here and when I get through with him he is going to be done,done, and you know what else? 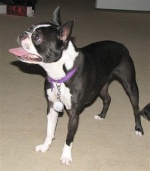 Gabrielle said Thanks, I guess that is what I get from a young stallion she said half to the horse and half to Chris. She looked at Brownie and heard what happened, she felt worried.

Mabee we should go help massie.She can be a snot somtimes but overall she's nice.Chris said.

Yeah, that's a good idea She then added Guess it helps I am studying to be an equestrian vet! Gabby said.

Me too!But I think we still should call the vet!Chris said.a phone apperd in his flat hand.He kicked Trixie into a walk.

Oh yeah of course! she watched how they kicked their horses. She wasn't upset about it she did it to, but when riding over horses. Unlike Storm he doesn't tolerate it. If you kicked him the lightest bit then you will be on the ground trampled to death!

Yeah I no. I only do leg aids, I've done it so much now that i just think it and he does it.

I no, I am just studying her

Gabby sighed then went to the barn. She dismounted then untacked him all but the bridle. Then she mounted and went back to the arena. She then rode back next to Chris, then leaned down and hugged her horse. Storm drooped his head and ears.

Katy looked at her leg. "Mind if I do something?" Dshe asked Massie. "Houdini and I are bow hunters and have had a few accidents." She explained.

Katy pulled out of her pocket a roll of gauze bangaged and she quickly bent down and started wrapping the wound tightly. She put on a thick layer and sat petting the horses head to keep her calm.

The vet showed up and removed the bullet.no more riding Brownie for 2 weeks.With that they were off.

You could ride Storm he is a pleasure to ride!

Jess led Ace into the ring and mounted. She warmed up, showing off his elegant paces and collection and extension work. Then she popped over some jumps set at 2 ft 9. After clearing them at numerous heigts she decided to jump a big 4ft 3. Storm cleared it easily and thought. I wonder if they do any competitions here she wondered Ace would be sure to do well in the show jumping and Clueless in the eventing

Gabby led Storm to the arena, she mounted up. She was trying not to jump, but seeing the jumps were up she just had to do it! As her mind drifted away Storm spooked and half reared then started to prance. Gabby regained her balance then tried to get him to stop, so Storm just started to trot in place. Gab sighed and finally Storm stopped and looked around peacefully. she then warmed up in the walk/trot/and canter. She worked on some dressage even though she was dying to jump. She then cantered Storm having him doing a lead change every step. Gabby decided since Storm was being good, to do a Pirouette. About half way Storm politly reared up and then leaped off his hind end. Gabby laughed. She then understood that he wanted to jump as bad as she. So she setted up a 3 foot cross rail and jumped that a couple of times, then a bounce of 4 jumps at the height of 3 foot verticle. Storm gave a victory buck at the end. Gabby then made a course for 4 foot, and before they new it Storm was going to 6 feet. Gabby stopped him at the jumped she then cooled him down and gave him lots of love and pats. Storm was a little bit sweaty, but he was barely tired. Gabby knew it, so to work on his speed, she calmly galloped around the arena. She then rode out and did a flat out gallop and didn't stop Storm, she letted Storm stop himself, then she did a real cool out and washed him down, grained him, then let him out to graze in pasture. She was preparing for a competition, and hopefully this will increase Storm's covering offers.